Interview on Secrets of the Dark

Originally published here on Secrets of the Dark. Thanks for the opportunity!

IsolateByoblu is the Mastodon account of a group of marginalized people speaking out against a far-right Italian network called Byoblu, owned by journalist Claudio Messora. Its name stems from another account called IsolateGab, which was critical of a similar social network called Gab.

Secrets of the Dark: Can you explain what Byoblu is, for those who might not be familiar?

IsolateByoblu: Byoblu is an Italian Infowars-like conspiracist network owned by Claudio Messora, former agit-prop of the party “Movimento 5 Stelle,” currently the largest individual party in the Italian parliament. Byoblu is a publishing house and a television broadcaster, in addition to accounts on Vimeo, Facebook, and YouTube as [its] main outreach (currently a total of 170 million views and 0.5 million subscribers for 60 million people in Italy).

Byoblu finds its place in the anti-immigration, traditionalist, and nationalist scene. It platforms and amplifies trans/homo/queerphobic, sexist, racist, anti-Semitic, Islamophobic contents. These contents are conveyed as “alternative information” and [disguised as] neutrality, impartiality, and academicism, which is instrumentally far from Nazi-Fascist and far-right mannerisms to defy recognition by the broader audience.

Their Mastodon instance social.byoblu.com (whose admin is Messora) is a permaculture of fake news, conspiracy theories, or better conspiracy fantasies? – and pseudoscience, which serve to convey far-right “post-ideological” policies, and to divert societal criticism and just stances toward fake solutions.

SotD: In its FAQ, the network claims “Being free means being responsible. Extremist forms of thinking are prohibited: active moderation against racism, sexism, homophobia and any action prohibited by law.” Is this contrary to what kind of content the instance allows?

IB: The contents on the instance and the contents created by Byoblu aren’t explicitly contrary to their policy, but they work around the prohibitions by spreading conspiracy theories targeting an abstracted form of the very subjects they [claim] to protect.

For example: they don’t directly target queer people, but they uphold the existence of the “gender conspiracy,” where a secret plan by the United Nations spreads “homosexualist ideology,” as they aim to weaken the “Western civilization,” in order to make the population more manageable. From their point of view, queer persons therefore are – knowingly or not – allies to this conspiracy.

In another case, as they ban racist slurs, Byoblu accuses the migrant workers of being part of the “reserve army of labour,” guilty of driving down general wages. The concept comes from a wrong and conservative reading of Marx’s work that Marx himself debunked. Unsurprisingly this is the only page by Marx most red-browns ever read, and not even to the bottom, as his solution to the problem was an alliance between “local” and migrant workers, not to oppose each other.

This isn’t the only conspiracy theory they spread about migrant people. They are one of their favorite targets; see also the “Kalergi plan,” the “immigrationist plot,” and different shades of “Cultural Marxism.”

Eventually, we may add that banning actions prohibited by law isn’t by itself such a good protection to marginalized categories: many laws can be harmful, and many harmful action[s] aren’t illegal.

SotD: On his Facebook page, Claudio Messora seems to be making dubious claims about vaccines and COVID-19. Is this the type of thing he normally does?

IB: Byoblu presents itself as a platform for “alternative truths.” Hiding under the cloak of free speech they broadcast contents like Covid conspiracies and no-vaxx theories, which are their main source of spread and profit.

The fact that during the ongoing pandemic, thanks to COVID-19 pseudoscience, they jumped from being a niche YouTube channel towards being a television broadcaster, kind of speaks for itself. They crowdfunded money in the order of hundreds of thousands of Euros.

It is also the only broadcasting channel that covers pseudoscience, spreaders, and conspiracist politicians by mission. As Byoblu expanded its platforms, YouTube removed content related to conspiracy theories. Paradoxically this helped Byoblu to gain importance, becoming the main Italian carriers of conspiracy videos, gaining more spread and profits in the process.

SotD: Instances like this one often say that they are protecting “free speech” by allowing intolerance and toxic content. What are your thoughts on this kind of attitude?

IB: On platforms like Byoblu the concept of free speech is abused in order to justify the expression of hate, often targeting marginalized categories. This overly exhibited “freedom” doesn’t apply for those categories. How can persons be free, if the platform legitimizes attacking their very being?

Of course the problem isn’t just about a bunch of bad users; it’s the platform political design that is flawed: by allowing hate speech, in the name of freedom, they are in fact making a precise political choice. The ostensible refusal of taking a stance on the hate discourse is in itself [a] harmful position.

SotD: Do you think that the fediverse, overall, is a positive thing in spite of having conflicts with groups like this?

IB: All in all, the fediverse is still a positive place, because, as a decentralized, federated, and often self-managed platform, it offers the tools to isolate and limit those processes. Yet, self-management needs constant attention and direct help by the users base, hence more diffuse responsibility.

Being a free/libre open source software doesn’t automatically imply being impervious to harmful practices, or to exploitation by predatory companies; it’s up to communities to keep it clean from nefarious influences.

An important step for the fediverse would be to agree to a “minimum shared policy,” in order to establish a common base on what is considered acceptable from a federated instance.

Generally speaking we value the opportunity of self-determination the federated environment gives us as a great accomplishment, more than worthy of the self-managing efforts it requires from its [userbase].

SotD: What are some steps that admins and mods can take to handle hate speech and intolerance on their fediverse instances?

IB: We advocate for collective processes over administrative actions. Certainly, instance moderators can remove harmful content with their privileged buttons. However, we warn that these actions shall be supported by the broad community as much as possible, otherwise these actions might be misunderstood.

Taking stance against harmful content is often not enough since it is not just an issue of political content and positioning. An instance needs an empathic common ground to support each other, and continuous self-training to improve its resilience. We deem self-organization is the best way of doing this, taking into account experiments, errors, and mistakes.

SotD: Some far-right social networks have had members who carried out mass shootings and acts of terrorism. Do you think this is a potential problem on Byoblu and related sites?

IB: [Byoblu’s] editorial line is to broaden their audience [by] presenting their content with a post-ideological veneer of “neutral” “common sense,” and presenting themselves with an aura of scholar’s or journalist’s “respectability.” That line attracts supporters who are difficult to radicalize as terrorist[s], although the content that Byoblu spreads is often the same as other far-right networks that are breeding ground[s] for lone wolves. That may be a gateway through other conspiracy theories, which may open to radicalization beyond Byoblu because of recommendation algorithms.

Anyway, Byoblu propaganda is no less violent since they prepare the ground for acceptance of harmful content and policies, which in the end takes root in public discourse. There is also a less televised violence we should also consider.

SotD: Have you received much backlash since you started this account or started pursuing this line of attack against Byoblu?

IB: We actually have received no backlash. Provided that there is no such thing as 100% safety (as well as 100% security on the internet), we think our “safety first” approach has helped to recognize pitfalls in certain circumstances. We invite each other not to dismiss worries as “paranoia” (which is also incorrect from a psychological point of view), and to deepen together any concern.

We also add that many programs and instances in the fediverse do not track you by design, whereas people farming social networks do. For example, Facebook requires new users to upload phone numbers and/or identity documents. Since it is not possible to create collective or fictitious users, the program forces you to use a personal profile, which is a private data hotbed. That is a threat by design, irrespective to how an attacker can easily deploy technical tricks or social engineering.

SotD: How can the average person fight disinformation campaigns waged by groups like this, especially when there are many people that believe the false claims?

IB: As informal group[s] of people who met each other in the fediverse for the first time, we emphasize that organization is the key, and that collective effort can drive toward actual solutions.

This group effort for us started by self-training on the subject, then we shared with our community an analysis based on the collected information. Our objective is to urge the fediverse instances to take action against the spread of Byoblu propaganda. We see the fediverse as a place where the best way to keep the environment healthy is to involve the whole community. We hope for a place where the self-training effort, on every desired topic, is widely spread and the resulting information is mutually shared.

Get organized, get informed, and get (self)trained. And, above all: be wary, be safe! 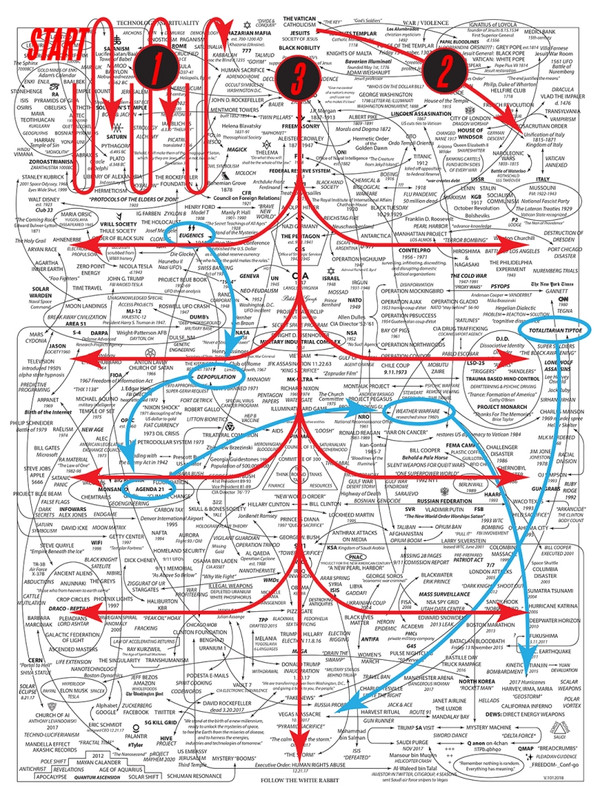