Software identity guidelines against predatory strategies in the fediverse: a lesson from Italy

[So what's all the fuss after @filippodb:mozilla.org has been removed from Funkwhale maintainers' channel? And why did FunkwhaleIt change the name of its social accounts into “Funkcast & Musicwhale”? Here I present my biased, ''partisan'' warning for developers and users of federated communication software, based on XMPP, ActivityPub, OStatus & other protocols. The current post is the result on many discussions across the fediverse.]

Brandjacking, content plagarism such as non-attributed translations, [Figure 1] and other predatory strategies have become the routine in the Italian-speaking fediverse since Diggita came into play with its outpost instances (Vorfeldstrukturen). Figure 1: MastodonUno admin impersonates MastoHost admin as his toot were the former's idea instead of a change of policy by the latter.

Diggita is a web 2.0 company that has based its core business in “translating” the work of Digg and Menéame. To clarify, the company brandjacks Digg logo [Figure 2] and copy-paste a SEO translation of an interview with Menéame founder in Diggita privacy policy. [Figure 3]

Figure 2: comparison between reconstructions of the Digg logo on the left, and two Diggita logos on the right. Fair use.

Diggita started to adopt every free/libre federated software branding the instances «${name-of-the-software} Italia», [Figure 4] which is a formula that might actually induce people in Italy/speaking Italian to believe they are the Italian federated chapter of International organizations. That prevents the proliferation of instances and steers centralization, which is harmful for the fediverse as federation. The ambiguity has even held for crowdfunding e.g. with FunkwhaleIt and PeertubeUno. (“it” is the Italian top-level domain; “uno” means «one», but it can be understood as «only» or «first» too.)

Again, we face with Mobilizon yet another brandjacking by these well-known actors. Instead of the case with Peertube, Framasoft finally takes a public stance. [N.B. backstory comment: When I translate Mobilizon landing pages and follow the reasons behind the development of Mobilizon and other federated software, I recognize that stance in line with Framasoft goals and as an important step for the future of the fediverse and the federating protocols. Without that public toot, I might have assumed Framasoft indifferent to the topic. (cf. again the PeertubeUno case)] Figure 5: Framasoft clarifies that there exists no “official” Mobilizon or Peertube instance (not even Framasoft's) after MobilizonIt acted in a way to impersonate Mobilizon developers in a crowdfunding context. Fair use.

Of course that was not enough to stop FunkwhaleIt to use Funkwhale assets in the favicon, header, and other pictures, yet it was considered as a key document to support public awareness and action. Indeed, that made nervous FunkwhaleIt, which undermined the credibility of the Funkwhale inventor, misgendering her, talking about «abandonment» and «resignation», double-speaking to doubt her health problems behind the step back, and mocking the «heartfelt call» instead of standing in solidarity with her.

Figure 7: FunkwhaleIt bites the hand that feeds them, misgendering Funkwhale founder and downplaying her importance. Fair use.

A recent destabilisation attempt by FunkwhaleIt here, flattering the “new team of Funkwhale developers who displaced the [male] resigned founder”, with the aim to downplay the relevance of the founder (again misgendering her) and to isolate her from the collective. That demonstrates again FunkwhaleIt does not know how the Funkwhale project works. Figure 8: Divide et impera tactics by FunkwhaleIt to avoid criticism. On one hand, the new developing team is flattered; on the other hand, the old main developer is belittled. Fair use.

It ended up that not only FunkwhaleIt brandjacks Funkwhale and violates Funkwhale software identity guidelines. The FunkwhaleIt post in [cf. Figure 8] about the “announcement” of version 1.2 and 1.3 is simply not true, and contained information of a draft of the official Funkwhale blogpost which was only shared in the Funkwhale maintainers' chat. A “leak”, so to say. As a result, the Matrix account @filippodb:mozilla.org owned by Diggita founder, MastodonUno admin, and Devol “face” has been removed. Moreover, FunkwhaleIt account on MastodonUno has been requested to remove the “announcement” and to remove their statement that they represent the “Italian Funkwhale community”. [Figure 9] 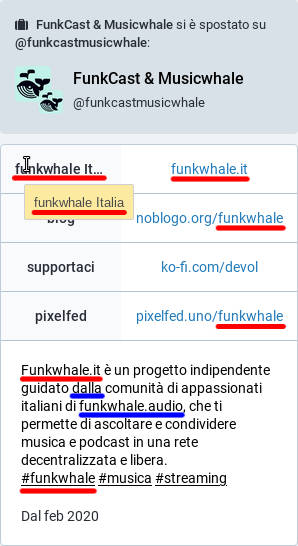 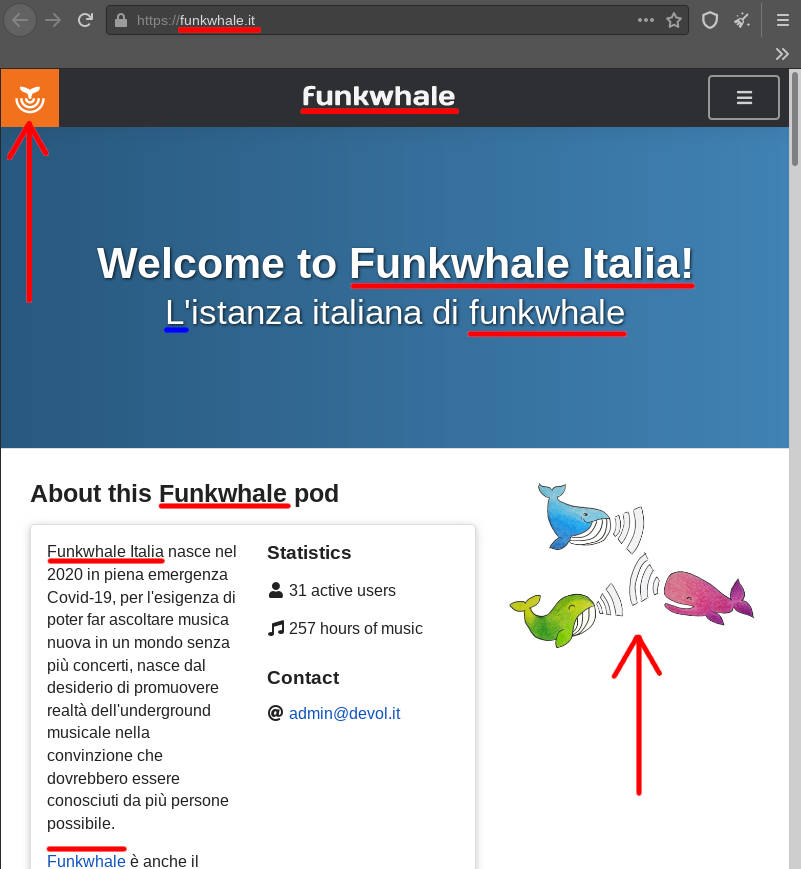 Figure 9: misleading wordings by FunkwhaleIt (blue emphasis) and use of Funkwhale identity (red emphasis). This is a peculiar anti-fediverse behavior. 9a and 9b: “old” and “new” – respectively – FunkwhaleIt account metadata on MastodonUno. Translation: “Funkwhale.it is an independent project run by the community of Italian enthusiasts of funkwhale.audio, which let you listen to and share music and podcasts”. 9c: FunkwhaleIt instance home page. Their use of the definite article - the/[dal]la or l'/la/die - vs. the indefinite - a(n)/una or un'/une/eine – suggests official affiliations or that they are the sole chapter of the Italian area/language. Fair use.

Eventually, FunkwhaleIt social accounts have been renamed Funkcast & Musicwhale, and would no longer give technical assistance or information about Funkwhale development. [Figure 10] I do not honestly understand why the Funkwhale collective did not request a change in FunkwhaleIt instance name too. [cf. Figure 9c, 10] 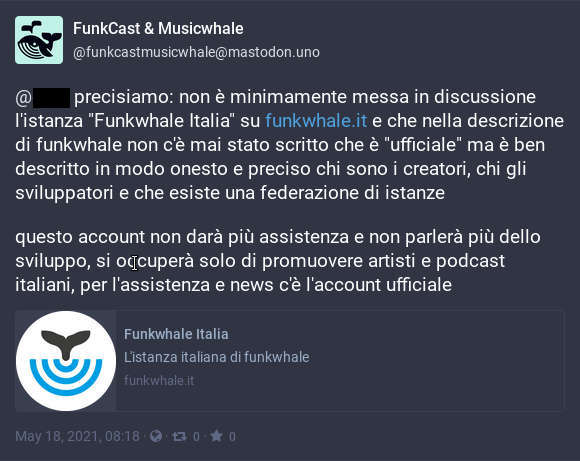 Figure 10: FunkwhaleIt announces they will not give assistance or information about Funkwhale development. Link here. Fair use.

To me, what FunkwhaleIt did is a sop, something just to make somebody happy while doing quite nothing. All in all, I deem people who deal with the Diggitaverse should be informed about what happened and happens. That is the kind of information should deserve to be delivered by the Funkwhale collective itself as one of the involved parts and as trustworthy body to speak about the matter.

The little story above should warn developers and instances in the fediverse against predatory strategies, which are detrimental for a broader adoption of federated software and nodes, steering forward a “feudiverse” model. (cit., from feud, fief) As usual, de-federation and de-platforming are cost-effective actions to face that kind of behaviors, which may additionally be discouraged in covenants, e.g. the Mastodon Server Covenant on joinmastodon.org.